Why do so many students struggle with math? 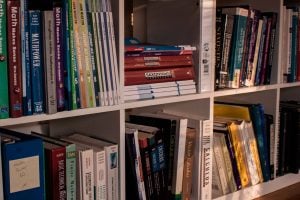 We all know that large classrooms, too little extra help from teachers, schoolyard bullying and intense pressure for high marks can all negatively impact school performance. But, there is a great force holding so many students back and no one wants to talk about it. No one wants to admit that a province with a strong school system and universal education harbours so many math-phobics and math-haters. They are our friends, our relatives, and yes, even our teachers. They comprise the majority and they influence you and your children. For all our talk about the importance of education, our society is unmistakably anti-intellectual, and in particular, anti-math.

It is almost fashionable to be “bad at math.” Sitting at a restaurant, while you and your friends are figuring out your portion of a bill, someone always laughs and says, “I’m so bad at math!” Yet, no one ever looks at the bill and chuckles, “I never did learn how to read.” There are terrible societal forces at work that teach children from an early age that “math is hard” and “most people can’t do math.” Even worse, children internalize the message that it’s funny when you have trouble with numbers — a matter to be taken so lightly because no one really cares about your math skills in the “real” world.

Would it surprise you to know that many of the people who ask their friends to figure out the tab are currently teaching math to your children?
The scary, unfortunate truth is that most elementary school teachers have not taken university-level math courses. Many of them graduated high school with only the minimum math requirements for a high school diploma. (Which for a lot of them would have been grade 10 math). Many grade school math teachers are not comfortable teaching math to a class just one grade higher than their own class.

Why should this concern you? Does a teacher really need to know calculus to teach the times tables? Obviously not. Even a math-phobic teacher can succeed in getting his classes to memorize multiplication tables. But, can a teacher with no real math background teach your child in a way that nurtures and develops mathematical reasoning? Can a teacher with no passion for math really make a math class anything other than boring? Can a teacher who gets nervous figuring out her portion of a restaurant bill answer your children’s insistent, prodding, math questions? A child’s mathematical future is strongly influenced by the first few years of formal schooling. The role models and experiences during these formative years are key.

People wonder why students from other cultures seem to do better in math. These cultures often require even primary school teachers to be extremely well-educated in the subjects they teach. These societies not only value math but also enjoy math. Often, these parents are proud of their own math skills and math is regularly done in the home both for practical purposes and for enjoyment. Just as your own children internalize your values (even though it might not seem like it during the teenage years!), students from these cultures internalize their parents’ respect for and love of math.
Unfortunately, multicultural classrooms emphasize some cultural ability differences. In these situations, students with weaker backgrounds often resist improving their math skills. It becomes easier to say, “They are good at math,” thereby establishing their own cultural identity: the culture that doesn’t “go crazy” for math. Many parents even rationalize this behaviour by convincing themselves that other parents are doing a disservice to their children by pushing them too hard. They believe that that level of achievement could only have come from parental pressure. They tell themselves that they are being better parents by not caring so much about math, or even school in general.

But, most of these students don’t feel that they have been pressured by their parents. Rather, they themselves have internalized the importance of math through participating in a culture that values math. They themselves believe it is important to do well, and they themselves work for their success — often enjoying the process! If, upon reading this, you’re somewhat chuckling, shaking your head or thinking “nerd,” then you can be sure that child is thinking the exact same thing when he sees these successful students in his math class. Does he want to be a nerd? Does your child’s teacher want to be a nerd? Do you?

Our high school system also reflects our culture’s lack of respect for mathematics. When Ontario introduced a new mathematics curriculum at the turn of the century, many university math departments (“nerds!”) were publically opposed to the nature of the changes. Obviously, when compressing five years of high school math into four years, some material has to go, and some has to be taught more quickly. What many people don’t realize is that the new curriculum cut the depth of the old curriculum while still leaving a lot of the breadth. So, students learn almost as many topics in four years as they used to in five years, but they do not learn anything particularly well because the new curriculum requires a rapid-fire pace of learning, never delving into the real understanding behind anything.

When the public hears the cries of university professers claiming that students can’t possibly acquire a solid foundation with the new curriculum, the general public rationalizes by saying, “Of course they would say that — the “nerds” are simply over-emphasizing the importance of math!” By brushing aside these concerns, thinking that they’re not our concerns, our society again demonstrates just how low on the priority ladder math education hangs. This doesn’t explain each individual struggling math student, but it does go a long way to explaining why, in general, we have so many struggling math students in Ontario schools. Although the people in our neighbourhoods may say “taking Calculus” is important, they don’t really believe that Calculus itself is important. If they did, then they’d care how calculus was taught and not just about what kind of marks students need to get into university — where incidentally, many students with A’s in high school Calculus promptly fail.

At Mostly Math, we provide an environment where it’s not only ok to like math, it’s required! Students interact with passionate tutors who love math and love tutoring math. We gladly and proudly take on the role of designated “nerd” for the family, and we provide a positive math role model for your child. This isn’t the only thing some students need, but every student needs it.

The most frequent phrase our tutors use is, “This is easy,” and then they show their students that it really is easy. What do most of our students say? “Is that all? That is easy! Why did I think it was so hard?”

They thought it was difficult and boring because someone told them it was supposed to be. We won’t let them think that anymore!